Good to Buy, Value for Money

Look and Style Mahindra Verito is all of you would also agree with me, is not the car we could fall in love in the first look.I think looks beat Mahindra Verito, though there are some changes in the design like new Mahindra Logo, bold fog lamps, new cladding on the sides, roof rails/ski racks, more use of chrome and new upholstery still the appearance is mundane and there has been only some cosmetic changes. However, the new Twilight Blue color will attract some buyers. Comfort One of the widest and the most spacious in its category. Still the seats are not so comfortable. The plastic used is also too hard and does not give a soft feel. Pickup Pickup is good and the gear ratio is perfectly tuned for a smooth ride. Mileage 21.03 KMPL in diesel is what the company promises under standard test conditions but i hope that similar to its predecessor Mahindra Logan, the alll new Mahindra Verito will also be the best in the category in mileage. Best Features Price is perhaps the first thing about Mahindra Verito that will invite much attention of prospective Indian customers, besides Mahindra Verito is a machine worth buying following its mileage and Mahindra trust  factor. Needs to improve Looks Looks and Looks is what Mahindra should change. Bet the Mahindra Verito could become the best selling sedan if Mahindra changes Verito's looks, further making it more in line with other cars. And specially it should change the traditional rear looks that Mahindra Verito has inherited from Mahindra Logan. Overall Experience Good car with lots of space, powerful engine, very good mileage and when these three basic things are present one can ignore the looks. Besides looks i have no reason to say no to Mahindra Verito when all this comes at an affordable price. 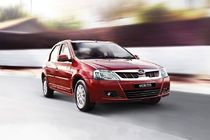 i do not know about logan or verito but one car which is shit is indica DICOR now they have launched a new verzion and claim average of 25. The average is great, but the maintenance is too hi. There is no resale in the market, the shocker system is fourth class, a lot of body noise after few months. please keep off tata cars. They are just a way to f$#$ ur money. the temptation to buy a diesel vehicle for low cost really ends up a person in real trouble. The only variant to buy which has a resale value is the V2 turbo. DICOR SAFARI is another disaster. DICOR is one big disaster. engine can go for toss any time. even the certified mechanics of tata are not able to find out the problem due to which this engine fails to perform, how wud they come to a solution???????? just say no to tata. The only companies one can trust in india are MARUTI, TOYOTA, HONDA, OPTRA MAGNUM OR CRUZE IN CHEVROLET, LANCER IN MITSUBISHI OR MAHINDRA IN JEEPS. NO OTHER COMPANY IS WORTH IT AS OF NOW. RENAULT AND NISSAN MIGHT MAKE A WAY INTO THE MARKET BUT ONLY THROUGH A GOOD CUSTOMER CENTRIC APPROACH.