My husband bought an Hyundai active i20 before gst three or four days before we had lots of issues particularly related to service. After a month of purchase we received an sms that our car would be serviced at chunnanbatti service centre. When we called the no sent to us by sms the person answering the call told us it was a wrong no and he had been receiving these calls since last three months.when we called chunnabatti service centre they burst out laughing and told us that the car could not be serviced on that particular day. After this unprofessional experience we called Hyundai modi our dealer they politely told us that they were not ina position to help as they too were receiving several complaints. After a few days one of my keys was not functioning a problem I faced within a month of buying active i20 . Today 23rd Sept we sent the car to service centre and they assured us that they would return the car within two hours. But we didn't receive any call till one PM the car was collected from our residence at 9 am. When we called chunnabatti service centre the person told us systems are down so the car could not be released. After arguing with him for ten minutes I firmly told him that I would have to report to police if he did not release my car he kept on telling me supervisor had left so he couldn't release the car. On warning him about police my car was finally sent back We spent 8 to 10 lakhs to take such a headache auto rickshaw would have been better keep these things in mind when you buy a Hyundai product that the company has no control over service centres which are run as per their own whims and fancies and Hyundai management is not bothered.

i agree with you deepika. i also had a similar experience with shreenath hyundai thane. first they booked my car with a cash payment and then i was asked to pay by the amount by DD. the car is not delivered on the promised date in spite of telling this 15 days in advance. the product is good but the sales and service is a big gamble. one should be lucky to get a good service center. 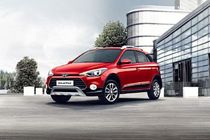