Ford India has been in the country since a long time now. It has been successful in creating its own image in the Indian car market. One of the most victorious cars of Ford in India is Ford Fiesta sedan. The car is well-equipped with numerous advanced features, such as auto power fold ORVMs, efficient air conditioning system with heater, high class upholstered seats, and more. What is more attractive in the new Ford Fiesta is the voice command system. You can give instructions to the car and operate various features of the car just by giving voice instructions to the sedan. You just need to push a button on lever attached with power steering and activate the voice command system. You can control the climate, defrosting of the car just by giving voice command. On the whole, Ford Fiesta is an impressive sedan and with voice command system, Ford has taken the sedan a notch higher. 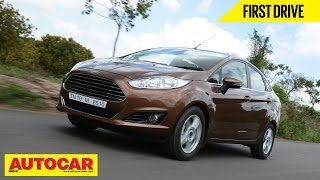